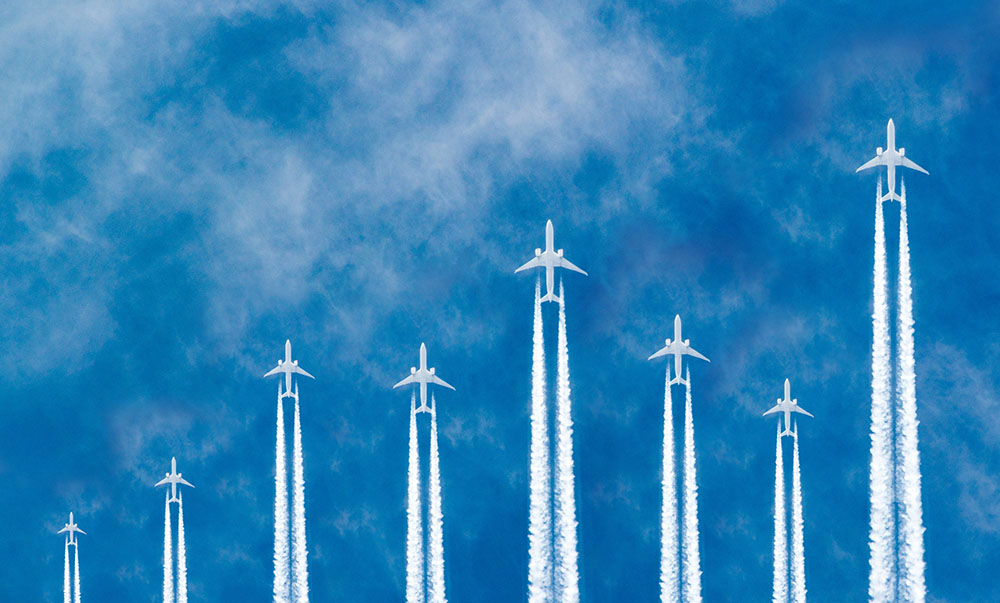 Commercial Aircraft Market Sentiment Index: What is CAMSI used for?

It is even more remarkable that in the latest May CASMI survey on aircraft values, the positive trends which we saw in April have continued.

What is CAMSI used for?

When reading or watching current news reports, it may be tempting to be overcome with a sense of melancholy. Russia’s invasion of Ukraine continues to claim many innocent lives as Ukrainians mount a stout defence of their homeland, and citizens in many of China’s great metropolises have been subject to strict lockdowns as the central governments tries continues with its ‘zero covid’ policy. This is also set against a backdrop of staff shortages as well as high inflation, thanks in part to food and fuel prices which have gone through the roof, past the chimney pots and all the way to the top of the television aerial.

All of which makes it even more remarkable that in the latest May CASMI survey on aircraft values, the positive trends which we saw in April have continued. However, before looking more closely at the latest survey, it is worth a reminder on how we utilize CAMSI within the Ascend by Cirium valuations team.

At Ascend by Cirium, our Market Value and Lease Rate opinions are and always will be based on the exhaustive collection, normalization and triangulation of data points, with any value change decisions taken on a collective basis by our Values Review Board (VRB).

Where CAMSI can be useful in augmenting this process is by helping to direct our research efforts towards aircraft types for which survey participants give particularly emphatic responses.

As outlined above, we continue to see a positive trends for the majority of aircraft types surveyed, with new generation single-aisles leading the way. In the May survey the Boeing 737 Max 8 had an NPS score in excess of 70, suggesting that values are trending upwards more strongly than ever. This was followed by the Airbus the A320 neo Family and its adopted Canadian cousin, the A220-300. In the case of the Max 8, a tightness in supply of new-build aircraft is undoubtedly a factor, but a resurgence in travel demand particularly among leisure travellers is another reason for upward pressure on aircraft values. On the twin-aisle side, despite concerns of an increase in supply following the return of some Russian operated aircraft, NPS scores for the 2012 vintage Boeing 777 300ER continue to inch towards positive territory, in tandem with the A330 300; both types still trail the new generation 787-9 and A350-900.

With the challenge of repossessing Russian operated aircraft now largely in the rear-view mirror for lessors (who are of course quietly seeking to seize further aircraft where possible but largely being frustrated by the fact that most do not leave Russia for any passenger service these days), in recent weeks attention has been turning towards inflation, which is now hitting multi-decade highs in most developed economies. In response, central banks are raising interest rates which in turn, is likely to result in an increase in lessors’ cost of capital. Our May bonus question asked whether, after years of ultra-loose monetary policy, lessors will be able to maintain yields by fully passing on interest rate rises to lessees in the form of higher lease rates.

A significant majority of respondents (71%) think that lessors will not be able to fully pass on rises in their cost of capital through higher lease rates. In many ways rising interest rates may be something of a red herring when it comes to future lease rates, as separate research conducted by the Ascend by Cirium team indicates that supply and demand, rather than interest rates, remains the main factor behind lease rate movements. On that basis, there are still reasons for optimism when it comes to the recovery in aircraft values and lease rates, at least for now.

on the fly: What is the largest airline market in the world?
on the fly: Will travel levels recover for the July 4th holiday?
Back to Thought Cloud