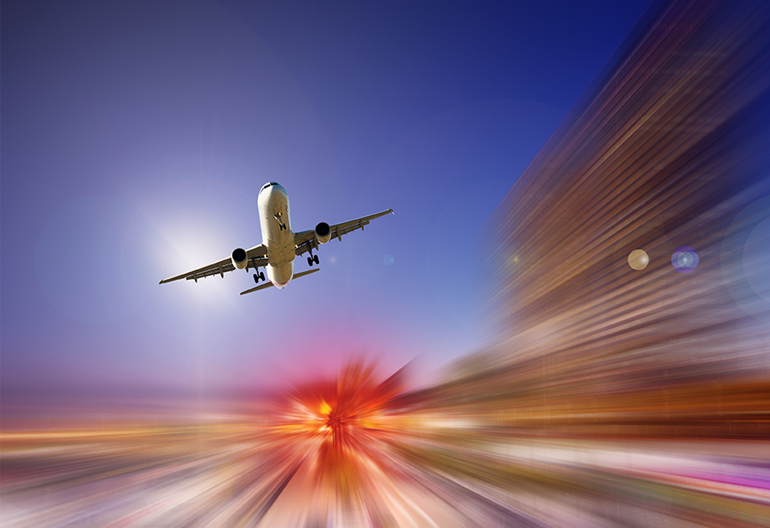 Following the ISTAT Americas conference in Orlando and much discussion revolving around the compression of lease rates, particularly on the […]

Following the ISTAT Americas conference in Orlando and much discussion revolving around the compression of lease rates, particularly on the 737 Max 8, Ascend by Cirium reviewed our Current Market Lease Rates and decided to take a detailed look to see how this compression has evolved, and what the underlying causes are. These Market Lease Rate changes are independent of the recent grounding post the Ethiopian Airlines accident and reflect wider market lease rate observations.

The first chart tracks the premium for the 737 Max 8 and A320-200neo over their predecessors, the 737-800 and A320-200 Sharklets for new build aircraft. It is evident that since entry to service the new aircraft/engine variants have consistently seen their lease rates reduced, whilst the predecessor types have retained stable lease rates. This results in a compression of the lease premium and in March 2019 we lowered our lease rates for the Max 8 to below that of the 737-800. While this may seem counter-intuitive, this article will discuss the underlying drivers to this current situation.

As the second chart illustrates Ascend by Cirium believes that in the $2 per barrel jet fuel environment we are currently experiencing, a 737 Max 8 could justify a $53,000 monthly lease rate premium over the 737-800 based on the reduced fuel burn. However, in reality the aggressive level of competition in the Max market has resulted in lease rates falling below that of the 737-800.

In March 2019, we reduced Current Market Lease Rates on the Max 8 by 12%, such that a new build now stands at $310,000 per month on average, although we are aware of a wide spread of lease rates both above and below that figure. The question that comes to mind is how can lessors make money at these low lease rates? One lessor commented at ISTAT that a Lease Rate Factor of 0.5 relates to a 6% return, yet the cost of overheads and depreciation is already at least 5% (which we believe is already too conservative) without even factoring in interest rates. In this case their only option is to flip the aircraft to another lessor as soon as possible to mitigate their losses if possible.

It is not surprising that the 737-800 has retained stable lease rates over the last number of years as last-off-the-line aircraft require strong lease rates to account for accelerated depreciation. With only five yet to be delivered aircraft remaining to be placed by lessors the airlines have less pricing power. Referring back to the first chart, it can be seen that despite crude oil prices increasing between 2016 and 2018, lease rate compression continued to trend downwards unabated.

An analysis of historical Market Lease Rate Factors (LRF) for new aircraft versus the 5-year treasury swap rate indicates that, while there previously was a direct correlation between lease rates and interest rates, this association has disconnected following the 2008 financial crisis. Post-2008, LRFs did not decrease significantly despite 5-year swap rates decreasing to around 1% in 2016. Indeed, as the 5-year swap rate increased between mid-2016 and year-end 2018 lease rates continued to trend downwards as indicated above. Clearly any correlation between swap rates and LRFs which may have historically endured has now broken down.

Depending on the longevity of the Max grounding, lease rates could potentially see some temporary improvement for the NG due to the immediate demand for replacement lift. So, if oscillating oil prices and interest rate fluctuations have reduced effects on lease rates, then what is causing this lease rate compression?

Lessor competition and the entrance of new operating lessors seem to have contributed significantly to lease rate compression. As of March 2019, there are 103 operating lessors with the 737 Max or NG in their portfolios, either in service or on order. Contrast that to a decade ago when this number was 49 and even in 2014 the number of lessors was 78. In the span of only five years competition increased by approximately one third.

Competition in the Purchase Lease-back (PLB) market continues to be intense with typically 25 bidders or more competing for each available Max or neo. From our discussions with the market we believe that during negotiations, assuming a constant Lease Rate Factor, an airline, particularly a higher credit airline, would rather accept a lower sales price with a lower lease rate over receiving a larger sales price up front. These two factors contribute to compress lease rates on the Max. Clearly, the leasing supply and demand dynamic is driving lease rates. This can only be a significant challenge for lessors, who have cost of capital and return requirements to bear in mind as they price aircraft into the market. For now, it seems that pricing power rests with the smaller players in the market, who presently seem content to accept lower margins in exchange for aircraft placement.

Cirium’s Fleets Analyzer indicates that there are currently at least thirty Max 8 lessor orders due in 2019 which have yet to be placed with a lessee, and at least a further 90 in 2020. Of the over 550 scheduled deliveries to lessors through 2022 approximately 27% are shown as placed. What is striking from this chart is that over this time period lessors will only take delivery of 430 A320neos, of which 39% are placed, yet the overall lessor backlog is substantially higher than the Max, at 970 vs 770. So, what can we glean from this? A320neo lessors appear to have reduced supply into the market by spreading out deliveries over a longer time period and thus offering better protection of lease rates. While it is not common, and the lessor would need buy in from the OEM in terms of a break from escalation, perhaps deferring deliveries past 2023 on the Max 8 could strengthen lease rates as supply becomes more disciplined?

Further compounding this issue is the deadline for freezing interior configuration. This is typically 12 months for a “Head of Version” aircraft (i.e., the first in that configuration for a given airline). If a lessor does not have an aircraft placed with an airline within this time period, they will typically order the aircraft to be delivered in a standard two class configuration for a narrowbody aircraft. This strengthens the pricing power of the lessee as if they add aircraft to their fleet which are not in their configuration, they will require a discount on the lease.

Further change in the supply & demand dynamic will determine whether we see further compression in lease rates, or will the rates begin to spread. But how can this change be achieved?

Firstly, supply could reduce through lessor consolidation. As 20 lessors account for 73% of the total worldwide leased fleet (including backlog) that leaves 139 lessors managing only 27% of the lease portfolio. With a lack of delivery slots available in the next number of years lessors in this bracket with a growth strategy will need to consolidate with other small lessors. Some of the larger, more conservative lessors may also see opportunities as some of these small, young lessors in the market who aggressively chased deals backed by a wall of liquidity may falter in a downturn when “tourist” funding leaves the market. This thought was echoed at the recent ISTAT Americas Lessor Panel where GECAS’s Alec Burger stated that “Returns are definitely being squeezed in the last two or three years and at some point, that will be the catalyst that drives some of the players out of the industry”.

As mentioned previously lessor deferrals could reduce supply while opposing this is airline failures which could increase supply. Of course, the first name that comes to mind is Jet Airways. As of March 25th, 55 of their aircraft are grounded for default of lease payments, with 135 Max aircraft on order or in storage, if the airline does default this will add a substantial quantity of available aircraft to the market.

On the demand side, continued strong growth in terms of Revenue Passenger Kilometers (RPKs) would drive demand for more aircraft capacity in the market. 2018 represented the ninth year of above trend growth while IATA forecasts a further 6% growth in 2019. Although the correlation between Interest Rates and Lease Rates has disconnected, a substantial increase in Interest Rates would drive up the cost of debt and lessors would need to increase lease rates to compensate for this. Increasing interest rates would be consistent with strengthening global economies and requirements to control inflation, so this scenario would be consistent with continued strong traffic growth.  Likewise, if oil prices were to return to levels north of $80 a barrel (again consistent with strengthening economies driving increased demand for energy / oil) the fuel savings would incentivize airlines to operate the latest technology aircraft and lease rates could strengthen based on this demand for neo and Max to replace existing ceo and NG. However, note that at present our macro-economic indicators are signaling marginal weakening in global and regional economies, so the potential for these two scenarios to eventuate seems low at present. Rather, a weakening of global demand seems most likely and the trajectory of this weakening could exert further negative pressure on lease rates IF supply does not correct.

As the leasing market continues to evolve and mature Ascend will continue to monitor transactions to ensure our values and lease rate opinions are closely calibrated to reflect the current market environment.

Find out more about Cirium’s values and advisory services here.