By Rob Morris, Head of Global Consultancy, Ascend by Cirium

In the absence of a crystal ball, how can we predict the potential scope, scale and timeline for aviation industry recovery post-COVID-19? Drawing upon latest Cirium data and analytics – looking at global and regional demand trends based on schedule and tracked flight activity, return to service of the global commercial passenger jet fleet, what’s back in service and what’s driving returns – we have revised our scenarios modeled in April.

For our latest webinar, Value your future: The Impact of COVID-19 on aircraft values in 2020, I presented a detailed analysis of ‘where we are now’: the data and trends that have informed our revised global recovery scenarios featured here below. And Thomas Kaplan, Senior Valuations Analyst, Ascend by Cirium, shared an in-depth analysis of the impact of COVID-19 on aircraft values and lease rates.

> Listen to the full webinar or download the presentation slides

Global recovery is obviously very difficult to forecast right now. In addition to drawing upon our own analytics, we’re always eager to hear what our customers and fellow industry professionals think about the recovery outlook. During our live webinar on 28 October, attended by 850 airline industry professionals worldwide, we ran a poll question: “When do you expect global passenger traffic to recover to match levels last seen in 2019 – our last mature year?”

Our aim: to assess changes in predictions since our last poll in July.

Here are the results:

For reference, here are our global recovery scenarios based on the global state of play in April: 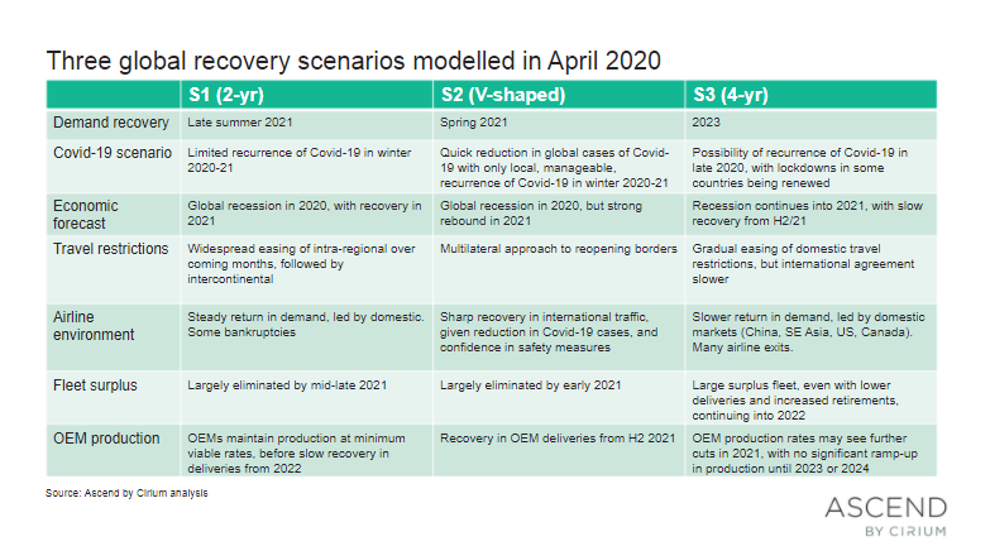 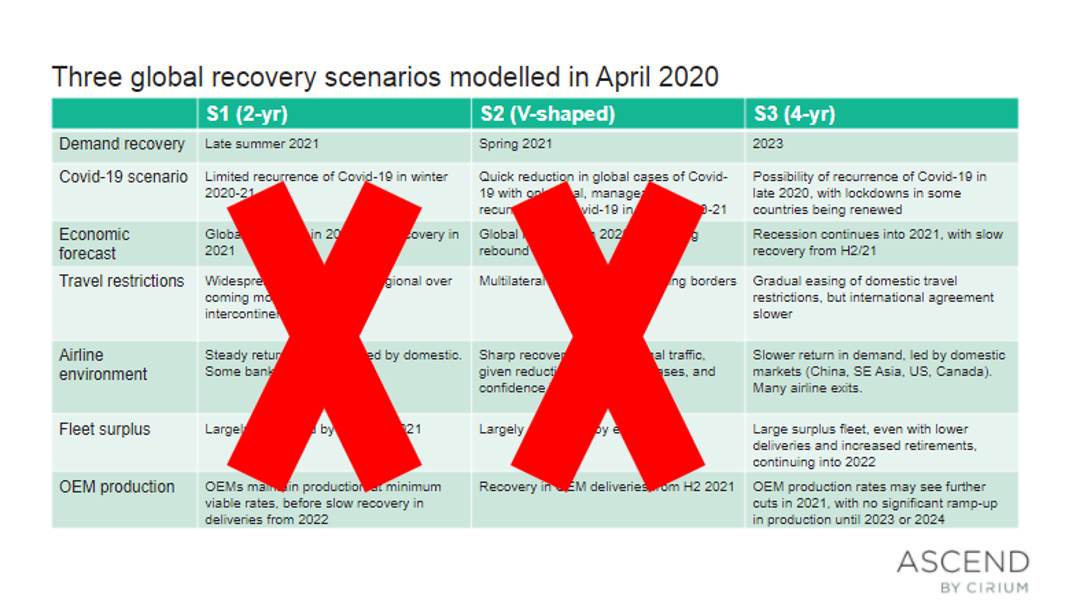 We have now remodeled two more scenarios: Scenario four and Scenario 5, detailed below: 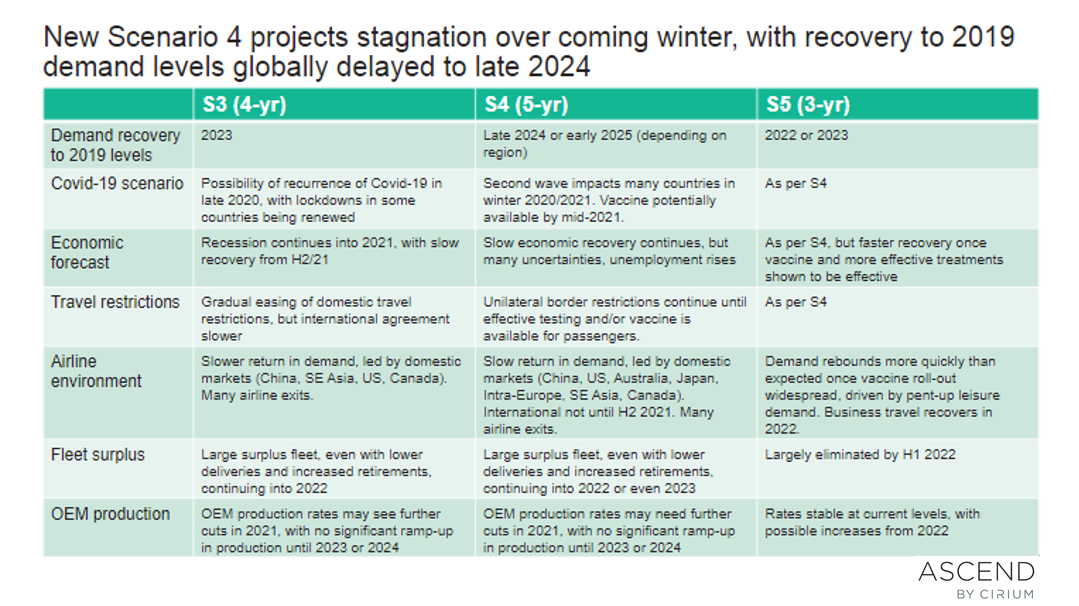 And these are the fleet scenarios that result from Scenarios 3 and 4: 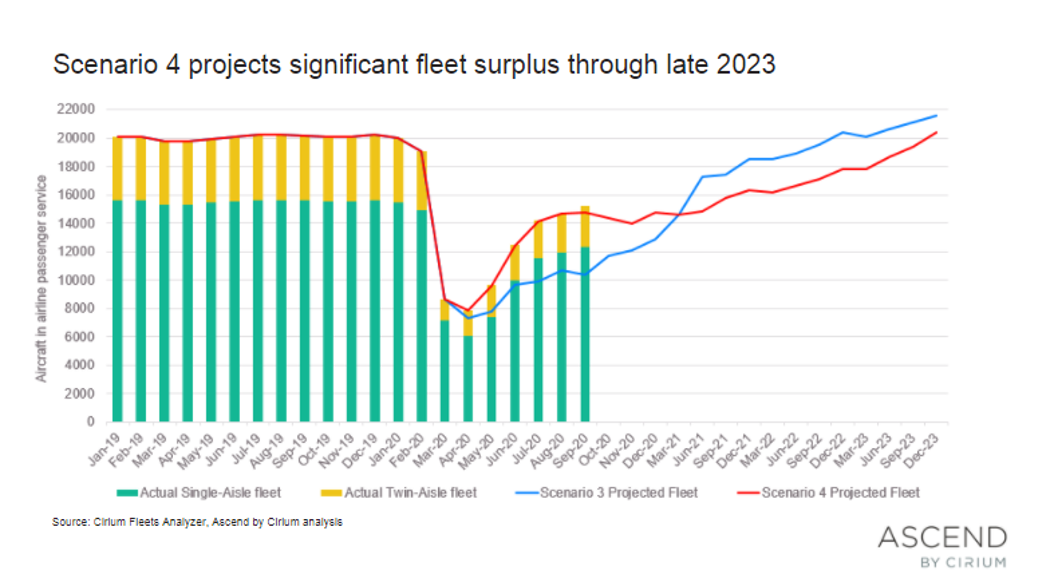 A note about OEM deliveries. In this pandemic the good news is that the OEMs have fundamentally corrected production very quickly: 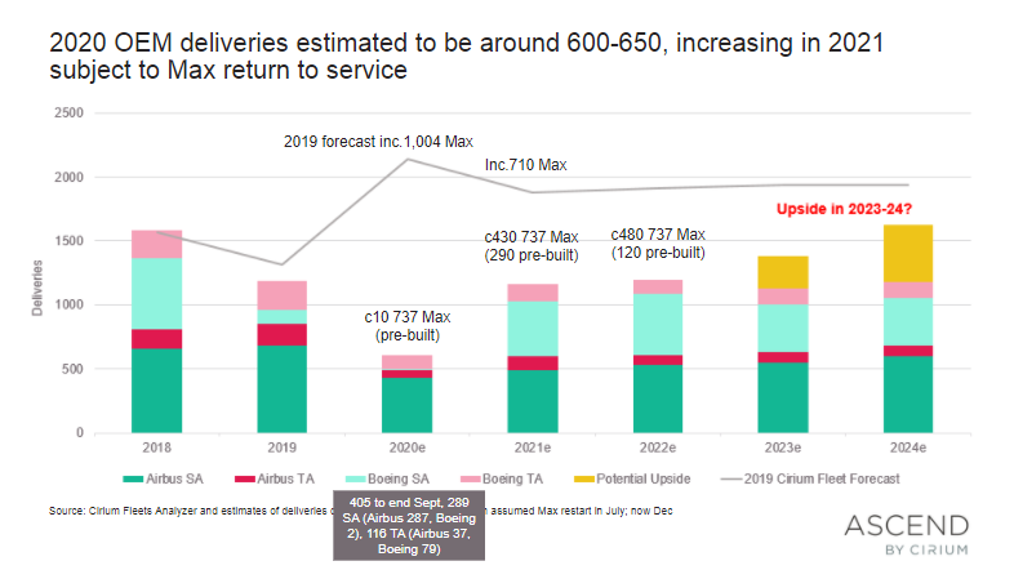 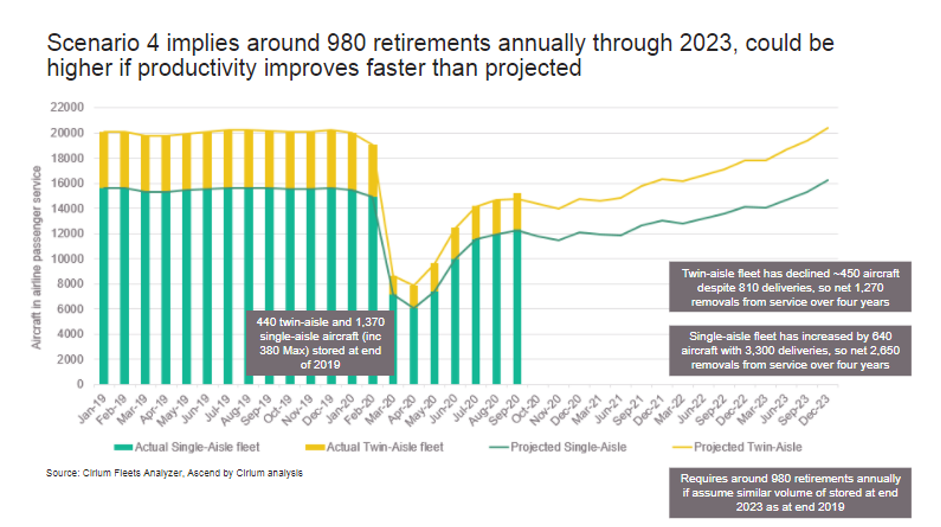 There is a little bit of positivity. Airlines have moved into recovery phase, but the pace of that recovery varies by region and market with China, of course, leading with others lagging significantly, including the rest of Asia Pacific.

We do need to be prepared for backward steps in the recovery as second and subsequent waves cause stalls in that recovery –  as per the US market recently ,as per the European market at present.

All forecasts are unreliable at present. Frankly, it is really hard. Boeing published its current market outlook recently, and all credit to them for doing so as it’s very brave to make a forecast.

We’re working hard to build our own fleet forecast right now, which will be published very soon but it is one scenario and regular scenario monitoring is important to inform progress. We’ll monitor several scenarios to see how the forecast is progressing to the actual.

Traffic demand is lagging our current most pessimistic recovery scenario, but the fleet is ahead of our most optimistic.  Aircraft are being operated at way below optimum utilizations and yet there is still a surplus (albeit currently under control) but frankly, the worst is yet to come.

Cirium – working in partnership with the airline industry

To discover how to accelerate ahead of the curve with competitive analytics from Cirium, contact our fleet of experts here.