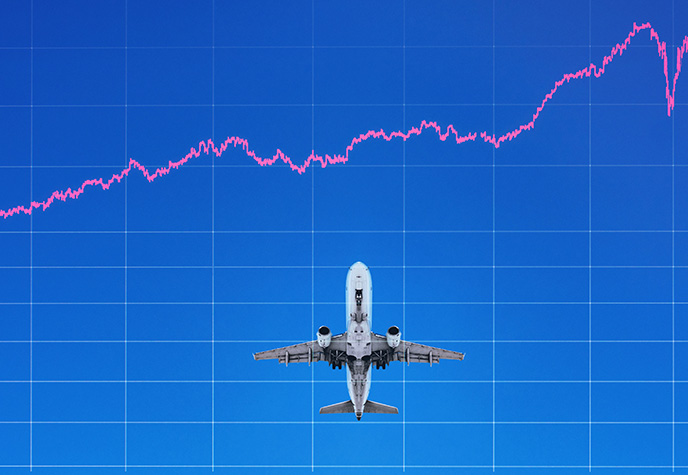 Commercial Aircraft Market Sentiment Index: What a difference a year makes – one year of CAMSI

Measuring market sentiment from key participants in the aviation sector can be a useful leading indicator of where things may be heading.

What a difference a year makes – one year of CAMSI

Cast your mind back to April 2021. The world was just over one year into a pandemic which had already claimed millions of lives, paralyzed the global economy and brought the commercial aviation sector to its knees. While vaccines for Covid-19 were already being rolled out across many developed economies, we would still have to navigate months of rising and falling cases as well as the Omicron and other more contagious variants, before society would finally come to grips with Covid-19.

In such a challenging environment, gauging the health of the global commercial aviation sector is especially difficult and measuring market sentiment from key industry participants can be a useful leading indicator of where things may be heading in terms of aircraft values and lease rates. It was for this and other reasons that we launched CASMI in April 2021 and with 12 months of responses now analysed, some interesting trends have emerged.

The overall trend is positive, with the combined average NPS score for the 10 aircraft types on which we survey our respondents, rising strongly over 12 months. This is indicative of a general recovery, albeit with sentiment regarding Market Value trends lagging that of lease rates.

However, these lines merely represent the average and if one delves behind the headlines, the picture from CAMSI has been much more complex over the past 12 months. Firstly, there has been a notable gulf between the performance of single-aisle and twin-aisle aircraft, with the sentiment towards the former aircraft class running consistently ahead of the latter. This is perhaps unsurprising, given that short-haul and domestic routes have generally reopened ahead of most long-haul markets, resulting in greater demand for smaller aircraft. That said, with more and more countries relaxing travel restrictions, most notably across the Atlantic, we are finally beginning to see the emergence of some positive sentiment towards twin-aisles.

There may be several reasons for these divergent performances, many of which relate to the relative supply and demand balances of the aircraft types in question and sentiment towards them. Firstly, with operators keen to minimise costs wherever possible during the pandemic and faced with depressed load-factors, flying newer, more fuel-efficient aircraft with lower overall trip costs made commercial sense. This resulted in lower overall storage rates for many new-generation types compared with their older peers.

Capital costs may also have been another factor in that most operators and lessors will be keen to utilise aircraft which have only recently been acquired in order to generate returns on investment. Conversely, they may be more willing to store or even retire older aircraft, where costs have already been largely amortised, resulting in an increase in the supply of aircraft and downward pressure on Market Values and Lease Rates. ESG considerations may also be another factor behind stronger sentiment towards newer types, with many banks, lessors and other financial institutions keen to move away from older, higher-emission aircraft in order to help meet ‘net-zero’ emissions targets. With Covid-19 beginning to recede and with fuel prices rocketing in the wake of the Russian invasion of Ukraine, sentiment towards more fuel-efficient aircraft is likely to remain strong.

Therefore, while the overall story of CAMSI over its first 12 months has been recovery, the rising tide of sentiment has not lifted all types equally. Looking ahead, with renewed geopolitical instability, rocketing inflation and the continuing need to be mindful of Covid-19, the trajectory over the next 12 months remains far from certain.

Ascend by Cirium Weekly Team Perspective: Fascinating observations on the global air freight sector
on the fly: How are Gulf carriers really performing?
Back to Thought Cloud