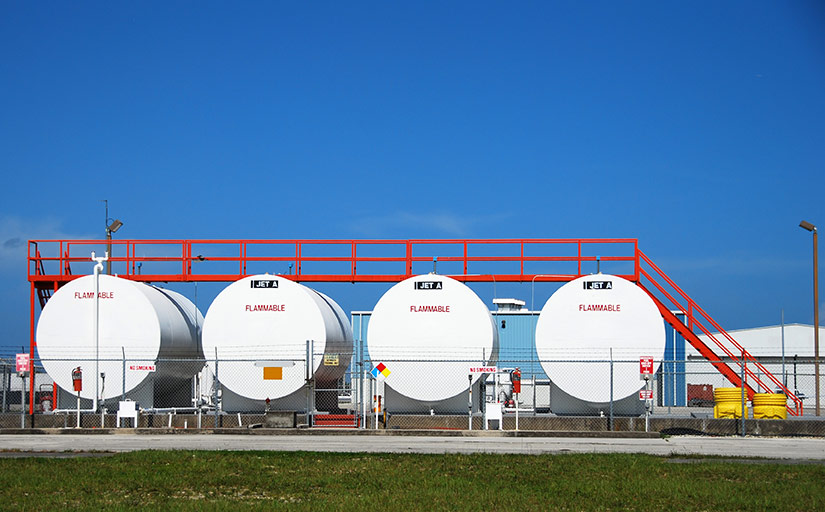 Filling a car up with petrol is an expensive business these days. Among other factors, this is thanks to fuel prices having reached record highs in the wake of the invasion of Ukraine and, in an effort to starve the Russian war machine of cash, the resultant sanctions against Russian energy exports. The pain at the pumps has been compounded in recent weeks by the decision of OPEC+, a group which includes the cartel and other oil producers such as Russia, to cut daily crude production by 2 million bbl/day from November, in order to support prices.

Spare a thought then for airlines, for whom fuel represents their biggest cost and are seeing prices spike past US$4 per gallon once again as we enter what could be a challenging winter. One commodity trend which has also emerged since the Russian invasion is the widening ‘crack spread’, in other words the difference between the per-barrel price of jet fuel and Brent crude oil. In recent days, this spread has reached levels not seen since April. There are multiple reasons behind this development, including a recovery in the demand for jet fuel post-pandemic and a reduction in the Russian supply of heavier grades of crude which are easier to refine into products such as diesel and jet fuel.

In light of this, on CAMSI’s return after a break in August, we revisited a question first posed before the invasion in February and asked respondents their view on where jet fuel pricing might be in Q3 2023. The majority (74%) think that jet fuel prices will be between US$3.0 and US$4.0 per US gallon. As at 19 September 2022, the US Gulf Coast (FOB) price was just US$3.06. Conversely, in February this year, just  24% of respondents saw prices rising above $3.0 per US gallon in Q3 2023.

Turning to aircraft Lease Rates, in spite of growing macroeconomic uncertainty, the overall trend remains positive as the demand for aircraft recovers and more travel markets open up. In terms of Lease Rate trends, the new-build Boeing 737 Max 8 retains its position at the top of CAMSI, with an NPS score of +65%. That said, since February this year the Airbus A320-200neo has been slowly gaining on its American rival and now has an NPS score of +57%, up from a low of +29% in February. This has also put it within touching distance of its larger A321-200neo stablemate. It is worth remembering however, that the A320-200neo still commands a small Lease Rate premium over the 737 Max 8 in the market.

At the older end, the 10-year-old Boeing 737-800 NG continues to lead the Airbus A320-200ceo. However, while the European aircraft has enjoyed a continuously rising NPS score in 2022, the NPS score for the 737-800 has come back by five percentage points since June. A sign perhaps, that the increasing supply of 737 Max aircraft is taking some of the heat out of Lease Rates for its predecessor.

While single-aisles are generally seen as lessors’ “bread and butter”, after a long period of relative stagnation, there are signs that the leasing market for twin-aisles is gaining some positive momentum, with the number of aircraft in storage declining by over 300 since the beginning of summer. During July, August and September the Ascend Values Review Board (VRB) began the process of raising Values and Lease Rates for many twin-aisle types, including the Boeing 777-300ER and 787-9. Airbus A330-300 Market Values and Lease Rates remained stable in the most recent analysis of the type, while the newer A350-900 is currently under review.

This recovery can also be seen in the NPS scores for Lease Rate trends. The Boeing 787-9 continues to maintain a narrow lead over the Airbus A350-900. Indeed, with Boeing having been granted permission to recommence 787 deliveries, albeit with each aircraft subject to FAA inspections, the Dreamliner appears to be at long last on a more positive footing. After enduring a significant hit to market lease rates following a number of airline restructurings in 2021, the A350-900 is also now firmly in positive territory with declining storage rates and evidence of some upward pressure on lease rates.

With the supply of new aircraft remaining controlled, passenger demand recovering and high fuel prices favoring more efficient aircraft types, one could conclude that aforementioned positive momentum should continue. However, with inflation and increasing interest rates making customers poorer and raising costs for business, an ongoing recovery cannot necessarily be seen as a foregone conclusion.