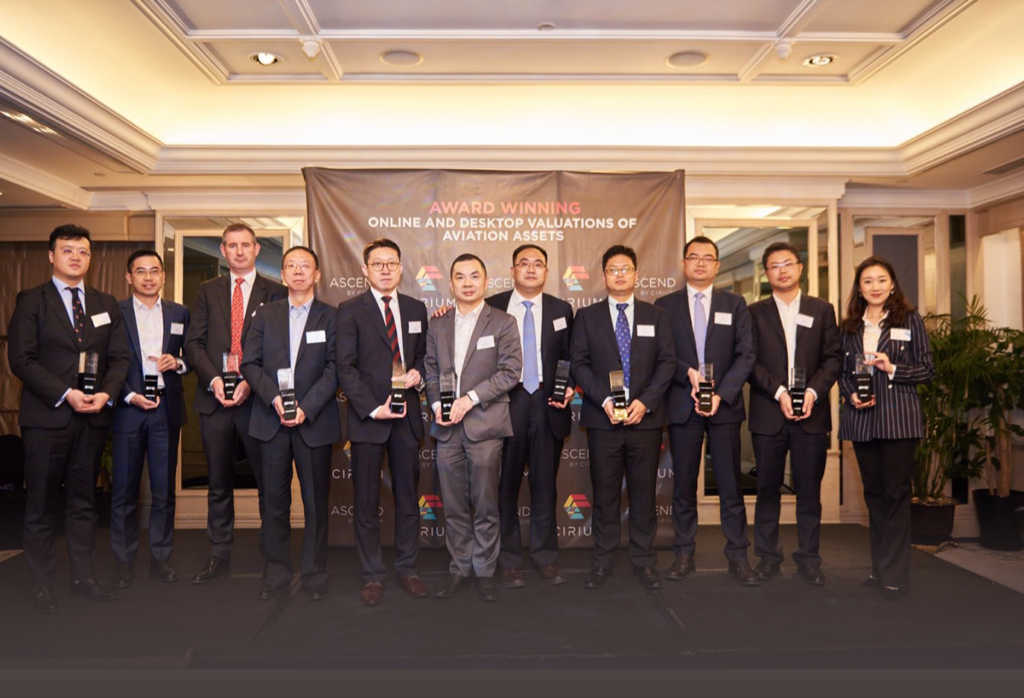 At a Shanghai finance briefing, Cirium has awarded eleven Chinese aircraft lessors for ranking in the global top 50 lessors of 2018.

The China-based leasing companies being awarded include ICBC Leasing who came sixth in the global ranking and lead the top eleven among lessors headquartered in China. In 2018 their total fleet value equated to over US$16 billion.

Combined, the commercial aircraft Chinese lessors’ total fleet values in 2018 exceed US$50 billion – an increase of US$10 billion from the total value in 2017. The total fleet size of the eleven lessors also equates to over 1340 – a 23% increase from 2017.

Rob Morris, Head of Consultancy at Ascend by Cirium said “The number of China-based lessors has grown from seven at the start of the decade to 28 and nearly 60% of these aircraft are with the top three Chinese lessors by size: ICBC Leasing, CDB Aviation and CoComm Leasing. This staggering growth over the last decade has also seen Chinese lessors’ in-service fleet of managed aircraft grow at a CAGR of 33%.”

“In recognition of the growth and success of the top China-based lessors, we are delighted to award the eleven in the 2018 global top 50 list.”

The Top 50 Lessors Ranking is an annual report produced using Cirium’s Dashboard data product and created by one of Cirium’s FlightGlobal publishing outlets, Airline Business. The top eleven Chinese lessors were awarded based on where they are headquartered/based according to our portfolio tracker and not based on Chinese ownership. Chinese-owned lessors that are based outside of China were not part of these awards, for example Avolon and BOC Aviation.

About Cirium
Cirium brings together powerful data and analytics to keep the world in motion. Delivering insight, built from decades of experience in the sector, enabling travel companies, aircraft manufacturers, airports, airlines and financial institutions, among others, to make logical and informed decisions which shape the future of travel, growing revenues and enhancing customer experiences. Cirium is part of RELX PLC, a global provider of information-based analytics and decision tools for professional and business customers. RELX PLC shares are traded on the London, Amsterdam and New York Stock Exchanges using the following ticker symbols: London: REL; Amsterdam: REN; New York: RELX.