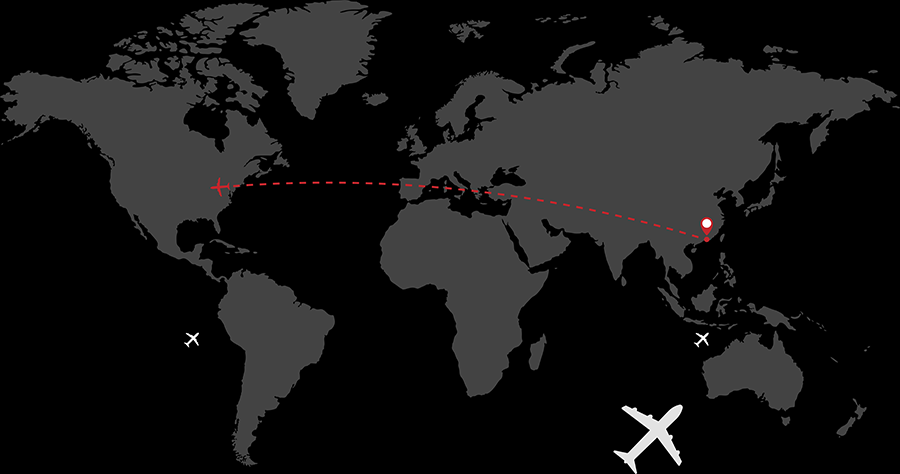 Given the constraints from the supply side, airlines are targeting certain sweet-spot markets.

A change of US airlines’ Asia network strategy?

By Joanna Lu, Head of consultancy Asia at Ascend by Cirium

United Airline’s CEO commented recently that growth for US airlines would for several years be constrained by pilot shortages, scarcity of new aircraft and an overwhelmed air traffic control system in the US, despite strong demand for travel that enabled United to make an operating profit of $1.5 billion in the third quarter.

The industry was hit hard by the COVID-19 pandemic but has started to recover. Airlines are still cautious about the recovery, because they know many aspects have changed from both the demand and supply perspective.

Recovery in the Asia-Pacific region is still behind other regions, as many countries opened up later and Chinese cross-border travel is still all but impossible. Both slower economic growth and increasing ticket prices may potentially dampen demand growth. There is also an uncertain US-China geopolitical environment which airline industry is highly sensitive to. So, it is not surprising to see US airlines avoid taking the risk of any major expansion to the Asia market too quickly.

However, not making major expansion does not necessarily mean giving up the Asia-Pacific market. This is done rather in a smarter way. United made quite a few strategic transformations including a historic commercial agreement with Emirates in September 2022, with a new route between Newark and Dubai starting in March 2023. It’s interesting to see Emirates and United partnering, given the history when there was a huge battle between the “big three” US airlines and Gulf carriers regarding the Open Skies policy between the two nations and the subject of government subsidies. This change shows airlines review their strategy constantly following the market changes.

Before the pandemic, Japan, China, South Korea, Australia, and Taiwan, China were the top 5 destination markets served from the US. China was about 27% of that market back in 2020, whereas the current seat capacity between US and China is only about 10% of its previous level. India has now replaced China becoming one of the top 5 destinations for the US and thus strategically important for US airlines.

A partnership between Emirates and United makes great sense especially at a time when travel demand is rebounding but the overall global economic outlook is softening and the potential risk for airlines to expand services too fast is increasing. Flying directly from the US to India has become more complicated recently with Russian airspace closures. Emirates is the biggest foreign airline serving India. With this partnership, Dubai essentially becomes a gateway for United to reach Asia, Africa, and the Middle East via the combined network of Emirates and flydubai. According to Cirium Utilisation data, the seat capacity between UAE and India has recovered to the pre-COVID level since early part of 2022.

Given the constraints from the supply side mentioned above, airlines are targeting certain sweet-spot markets to ensure a cost-effective operation and use their limited resources most effectively. United recently announced the largest transatlantic schedule in its history, but in a new way. The airline is turning to serve more leisure-oriented destinations, split between pure tourism travellers and Visiting Friends and Relatives (VFR) traffic, such as Bergen, the Azores, and Italy. This change was driven by the fact that transatlantic business travel is still low. The airline continues to fly to the big business hubs such as London, Zurich and Frankfurt, but rather than only focusing on the traditional transatlantic markets in the Europe, the airline is now also turning to more transatlantic destinations in the Middle East, Africa, and India.

The next few years would be critical to reshape the airline industry and it is more important for global airlines to adjust their strategies to fit the market changes due to their larger global networks. Taking what has been learned from this pandemic and using it to evolve airline products and processes that are better aligned with customer needs is a smart direction to go. This requires that airlines proactively adjust their businesses to deal with these new realities.

on the fly: A look at the Ethiopian Airlines story
How has New Zealand’s international aviation market evolved since the pandemic?
Back to Thought Cloud