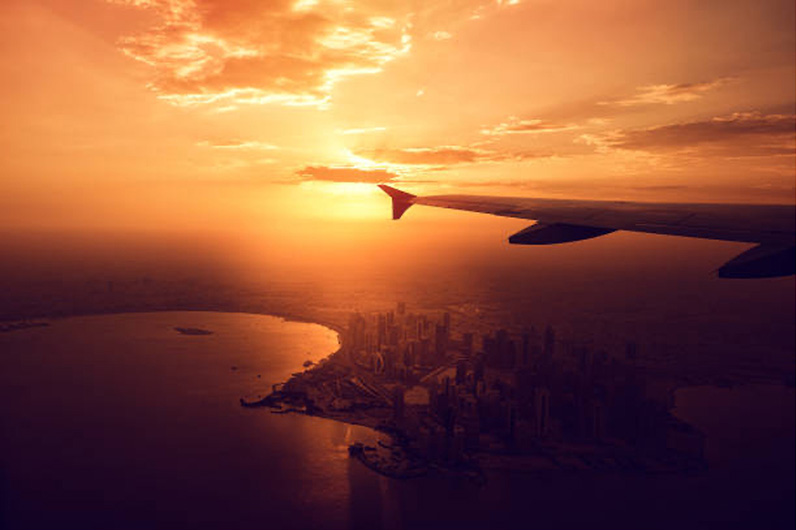 Cirium data reveals the World Cup in Qatar as a remarkable aviation event in both size and complexity, as travelling fans from around the globe descended on the Gulf nation.

When pundits, journalists and fans described the 2022 FIFA World Cup in Qatar, they repeatedly reached for one phrase: ‘A World Cup like no other’. While the footballing drama justified the descriptor on the pitch, the monumental logistical effort required to welcome over a million fans to the smallest host nation ever, set the tournament apart.

The organizers faced a challenge to host so many fans; accommodation capacity in Qatar was limited, even with temporary arrangements in place, and heavily concentrated in the capital Doha, which is a three-hour drive from the nearest large population centre in Saudi Arabia, across the nation’s only land border. To encourage fans to attend matches, Qatar Airways struck the Match Day Shuttle partnership to connect ticket holders to accommodation in the United Arab Emirates, Saudi Arabia, Oman and Kuwait.

Cirium’s comprehensive tracked aircraft utilization data allows us to quantify the air traffic in Qatar and its neighboring countries across a unique month for Qatar, and the wider Gulf region, revealing a remarkably large and complex aviation event. We’ve examined the data to uncover exactly what was flown during the five weeks in which matches were played, and how Qatar and its neighbors handled the surge in air traffic.

How much air traffic did the World Cup generate?

The majority of this increase was handled by the newly reopened DIA, reopened in September to service the anticipated World Cup surge, taking 1,718 of the extra flights. The reactivated airport saw a staggering 224% increase in arrivals over the World Cup period, handling a peak of 680 arrivals in the first full week of the tournament.

Another recently re-opened airport played a central role in the airlift; Dubai World Central – Al Maktoum International Airport (DWC). Both major Qatari airports welcomed more flights from DWC than any other airport during the World Cup; 495 arrived at DOH and 865 into DIA. In the previous five weeks, the two saw only 22 inbound flights from the airport between them.

With the link established to the UAE, it’s no surprise that the UAE also saw a similar increase in traffic over the World Cup. Flights operated into Emirati airports rose 10% compared to the previous 5-week period, welcoming 1,280 extra flights in addition to 1,925 arrivals from Qatar.

Where in the world did the flights come from?

The FIFA World Cup in Qatar was a truly international event, attracting fans from the 32 nations represented in the tournament and many more besides. Cirium’s data shows that Qatar welcomed flights from 99 countries and 226 airports during the World Cup, reflecting the progress of participating nations through the competition.

Of the partner carriers, flydubai was the most active, operating 578 flights in four weeks into DIA alone, while Saudi operated over ten times as many flights into the country than in the previous five weeks, totaling 443 flights up from just 44, boosted by their national team’s historic win over eventual champions Argentina in the group stages. Collectively, the carriers flew close to 90 rotations a day during the group stages, flying 1,586 flights into Qatar across the tournament.

As well as handling a high volume of flights, Qatar also had to accommodate shifting demand from new, and often unexpected sources as teams progressed through the competition.

Flights from Iran peaked in the group stages, with fans crossing the Persian Gulf to see their team beat Wales, but ultimately fail to progress. Meanwhile, flights operated from Moroccan airports built throughout as the nation’s Atlas Lions recorded several famous wins en-route to the semi-finals, surging from 19 arrivals in the week of their first match to 44 in their last. Third-placed Croatia ran deep into the tournament for the second successive World Cup, prompting an influx of flights in the final week of the tournament, with a tripling of flights arriving directly from the Balkan nation for the semi-finals and third-place playoff.

Arrivals from France jumped in the final week as the 2018 tournament winners progressed to the final. Qatar is too distant for direct flights from Argentina, the eventual winners. However, their team’s sizable traveling support connecting through other countries sustaining heightened arrivals from Spanish airports throughout the tournament despite their national team’s early exit.

It’s clear that Qatar’s World Cup was one to remember for the aviation industry. Far from the dip in demand for flights that mega-events often induce as casual visitors stay away, several unique factors led to the opposite in Qatar. Air travel was more central than ever to the tournament, opening the event to the wider region and enabling the first hosting of the World Cup in the Middle East.

Qatar, and its regional partners, handled an impressive number of extra flights in a condensed period, and this achievement is reflected in Qatar Airways’ ranking in the global top 10 in Cirium’s 2022 On-time Performance Review. Air traffic in the country topped pre-pandemic levels during the tournament.

It remains to be seen whether Qatar and the wider region can translate the buzz of the World Cup to accelerate growth in the long-term and cement themselves as destinations. If they do, one of the first places we’ll see it is in Cirium’s analytics.

Cirium data covers more than 35 million flights each year, ingesting millions of pieces of data daily to reveal real-world insights. Contact our experts to find out how Cirium data and analytics help organizations across aviation make better decisions faster, avoid unnecessary risk and stay at the forefront of the industry.