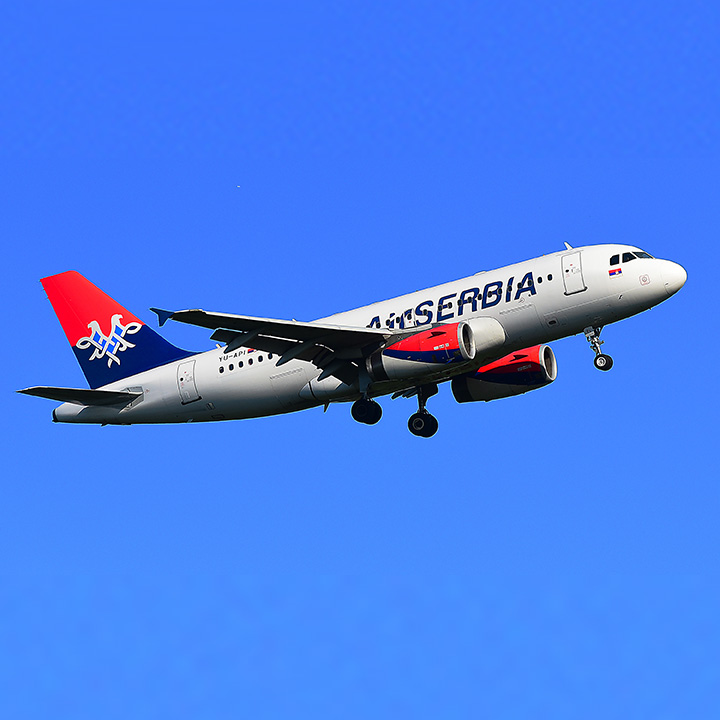 A look at the challenges and opportunities ahead for Air Serbia

While at the Airline Strategy Awards dinner at the Honorable Artillery Company in London, 17 July, 2022, I had the opportunity to meet Jiri Marek, CEO of Air Serbia, and understand the airline’s opportunities.

Make no mistake about Air Serbia’s challenges. Serbia is a relatively small market for both business and leisure travel. Europe’s airline industry is also highly fragmented with large numbers of airlines competing for traffic within the continent. You can clearly see this fragmentation using Cirium’s Diio airline planning system, which shows more than 70 different airline brands offering at least 400,000 scheduled seats within Europe this summer quarter. Some are consolidated into larger groups (the multiple brands within IAG, for example). Still, the number of independent European airlines far exceeds the mere 13 airlines currently offering 400,000-plus seats this quarter within the U.S.

Air Serbia must compete with Wizz Air, a highly successful ultra-low-cost airline that currently flies to Belgrade from more than 20 cities across Europe. It also flies to the city of Niš, as does Ryanair. The Lufthansa Group, with its many affiliates (Swiss, Austrian, Eurowings, etc.) has a sizable presence in Serbia. An in-depth market analysis using the Diio system also reveals Turkish Airlines and Pegasus as major players in Serbia. Gulf carriers like Qatar Airways and flydubai also serve Belgrade.

Another Gulf carrier, Etihad, went on to play a major role in the development of Air Serbia. In 2013, it purchased a 49% stake in the airline, then branded as JAT Airways. This was part of Etihad’s strategy of buying up airlines around the world to feed more traffic into its Abu Dhabi hub. The newly-branded Air Serbia immediately began flying to Abu Dhabi from Belgrade.

Etihad’s strategy would unravel as many of the airlines it purchased (Jet Airways, Air Berlin, Virgin Australia, Alitalia, etc.) amassed heavy losses. By 2018 Air Serbia was no longer flying to Abu Dhabi. When the pandemic hit in 2020, Serbia’s government stepped in with financial support, reducing Etihad’s ownership stake to just 18%.

One legacy of the Etihad era, however, survives. In 2016, Air Serbia began nonstop Belgrade flights to New York JFK using an Etihad A330. The route remains today, representing Air Serbia’s only overseas service. It’s now, however, planning to add Chicago as well. A second A330 is on the way, which the airline plans to brand as its “Nikola Tesla” aircraft, honoring the Serbian-American inventor whose name is now synonymous with electric cars. Air Serbia has talked of perhaps launching flights to Beijing too. Toronto was another market occasionally discussed before the pandemic.

Naturally, the COVID-19 crisis was rough on Air Serbia, but business is now coming back.

In 2019, according to Cirium data, Air Serbia carried 2.8m passengers, a double-digit jump from 2018. In other words, it was growing briskly prior to the COVID-19 crisis. That included traffic growth for its charter arm Aviolet. Also growing rapidly was revenue from ancillary sources. Going into this winter, the airline’s busiest routes from Belgrade, measured by seat capacity, will be Zurich, followed by Montenegro’s capital Podgorica.

Other major markets include Paris, Istanbul, and Moscow, where it maintains service.

Air Serbia doesn’t have size and scale as an advantage yet. But it is a survivor, and one with plans for more growth in the years ahead.

How CO2 targets have complicated business travel
Ascend by Cirium Weekly Team Perspective: Nightmare is finally over for the Dreamliner
Back to Thought Cloud